We spend a lot of time in the aviation security community pondering how best to prevent another major attack, and developing the best approach.

What will stop the adversary from taking the lives of innocent people?

Although it might not be James Bond in a self-driving loaded Aston Martin, it is likely to be an unexpected measure, a feeling that’s acted upon by an out-of-the-ordinary actor, a lean airport SWAT Team, or behind the scenes intel analysis… on top of the traditional security screening practices that we all know and love. Think Q.

Innovation is thrown around a lot these days in the context of making screening operations more efficient. Example: Let’s do what we’ve always done, but automate it1. Although automated lanes can be a key element in a successful screening system, it would be unfortunate to stop there on our innovation journey. Detecting the future adversaries or the threat items they may carry will also require completely new ways of operating and a lot more iteration.

Given the highly-regulated nature of the aviation security market, we’ve moved into a “design-to-the-standard” or a “design-to-yesterday’s-threat” approach to technology and process development. Moreover, technology developers spend years in development, testing and certification before their technologies are ever touched by an end-operator, thanks to a government-imposed process. If we are working to out-innovate our adversaries, I’d argue that this is the wrong approach.

Governments must work harder to foster a start-up approach to technology innovation. More immediate user feedback on prototypes, more operational testing, and more iteration are required. They must also be willing to assume (or creatively mitigate) the risk associated with allowing young technologies and/or processes an operational test bed inside an airport environment. Where would Q be without his?

Let’s be clear: there will be more attacks on airports and aircraft in the future. Our ability to detect incidents before they happen, or to limit the damage in their aftermath, will depend on our drive to innovate and on our speed in doing so. 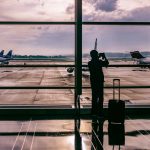 “Vision Sûreté”: Innovating the French WayArchive
We use cookies on our website to give you the most relevant experience by remembering your preferences and repeat visits. By clicking “Accept”, you consent to the use of ALL the cookies. However you may visit Cookie Settings to customize your consent.
Cookie settingsACCEPT
Manage consent