In November 2016, the US Department of Homeland Security identified an additional list of international airports for potential Pre-Clearance expansion.

What is US Pre-Clearance?

A DHS program that has US Customs and Border Protection (CBP) officers conducting entry checks on US-bound travelers in a foreign airport, before the travelers board their flight to a US destination.  Conducting border checks at the departure airport allows travelers the opportunity to disembark the aircraft in a domestic terminal upon arrival in the US.  This can help those with onward travel in the US and short connection times.

The jury is still out re the benefits to participating foreign airlines and airports, especially with CBP’s new model that has participating airports picking up the tab.

New airports announced this month include:

This adds to an existing list of 9 possible Pre-Clearance locations selected by DHS in May 2015, comprising:

Of note, the airports on these lists have not necessarily agreed to implement Pre-Clearance.  Rather, they’ve raised their hands that they’re interested in engaging with the US Government to learn more.  In fact, there are countries like Sweden in discussions with CBP regarding Pre-Clearance that don’t show up on these lists at all.

How many airports will implement is yet to be seen.  At a minimum, we are hopeful that designated airports/governments and the US Government will craft innovative models, rather than another US border booth in an international hub.  Put another way, hopefully they’ll see it as an innovation opportunity!

To date, US Pre-Clearance has been implemented in the following locations: 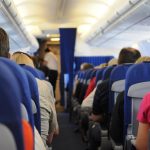 Cross-Pollination Opportunity? Crowdsourcing Checkpoint Feedback.Archive
We use cookies on our website to give you the most relevant experience by remembering your preferences and repeat visits. By clicking “Accept”, you consent to the use of ALL the cookies. However you may visit Cookie Settings to customize your consent.
Cookie settingsACCEPT
Manage consent