The Transportation Security Administration (TSA) recently published a new Outcome-Focused Compliance (OFC) brochure. This is a big deal. It shows that TSA is moving towards a more modern and proactive approach to security. Rather than using compliance check-lists to play “gotcha” with airport and airline stakeholders, the agency is engaging more heavily with its partners to exchange information and ensure that security works.

With this approach, when the community identifies a hole in the fence, the community can collaborate to identify (1) whether the hole matters vis-à-vis the threat, and (2) the most effective solution for patching it. Less time spent agonizing over the size of the hole and who made it. More time analysing its importance and repairing it. Great! Perhaps this collaborative approach could also be used to prioritize the USG’s foreign capacity development activities/spend in locations to which U.S. carriers fly (but that’s a topic for a separate post).

OFC elsewhere
A shift to an outcome-based security paradigm is not completely new. Similar initiatives are taking place across the Atlantic. In 2014 the United Kingdom’s (UK) Department for Transport (DfT) implemented a framework for an Aviation Security Managements System (SeMS). Much like OFC, SeMS is addressing security in a proactive and holistic way by focusing on security risks and remedies. In addition, the European Union’s XP-Dite initiative incorporated the idea in developing a new airport security concept.

What can we expect from the TSA?
It will take a considerable culture shift to move TSA and its airline/airport partners towards more of a collaborative mindset. There’s a lot of history between the parties! This said, the OFC brochure and related discussions among TSA and the community show great promise. Hopefully TSA and the UK DfT will sit down and share notes, given the “Old World” might have a few best practices/lessons learned to provide. 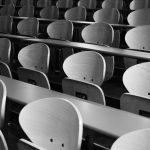 Security Innovation: Biometric Pilots in U.S. AirportsArchive
We use cookies on our website to give you the most relevant experience by remembering your preferences and repeat visits. By clicking “Accept”, you consent to the use of ALL the cookies. However you may visit Cookie Settings to customize your consent.
Cookie settingsACCEPT
Manage consent