While increased interstate trade is beneficial for markets, it is also accompanied by potential threats to national security. The U.S. Customers and Border Protection (CBP), a branch of the U.S. Department of Homeland Security (DHS), plays a critical role in inspecting suspicious inbound goods and seizing illegal items. U.S. Congressmen have recently called for further security measures to be implemented in the inspection of inbound mail. They suggest increasing the collection of EAD (electronic advance data) on mail to include the sender’s name and address, the recipient’s name and address, a description of the mail’s contents, total weight, and number of pieces. The idea is that having this data prior to the mail’s arrival in the U.S. would better enable CBP to optimize its inspection activities.

The United States Government Accountability Office (GAO), fully cognizant of the security imperative, issued a report in August 2017 on international mail security. The GAO reviewed information on EAD pilot programs implemented by CBP and USPS (U.S. Postal Service) to identify mail for additional inspection from July 2014 to January 2017. It found that CBP is successful in using EAP to seize illicit items such as drugs and merchandise.

However, the GAO found two deficiencies in the use of EAD. They stressed that CBP and USPS did not have clear measurable goals in their use of EAD.  They also found a void in analysis on the costs versus benefits of EAD. These difficulties, coupled with the challenges that accompany EAD (i.e. need for international coordination, reliance on foreign inspection methods), led the GAO to conclude that CBP must invest time and energy into addressing these open questions. This implies that CBP and USPS must justify that EAD is the optimal targeting method, which necessitates a consideration and evaluation of alternative methods.

As the report states, “CBP’s highest priority in screening inbound international items is to prevent terrorists and their weapons—including hazardous materials or weapons that may threaten the safety of airline passengers and crew— from entering the United States.”  Using data in a risk-based way to identify potentially threatening parcels in advance will surely help CBP meet this objective.  There are some interesting parallels to be drawn between CBP/USPS’s EAD efforts and initiatives underway to collect and analyze Passenger Name Records.  Governments implementing PNR analysis programs should also look to have clear measurable goals in how they use the data.  The cost-benefit argument has been laid to rest in the U.S. and Europe, where PNR initiatives are underway.  However, the cost of PNR programs against their security benefit should be tracked closely in the years ahead. 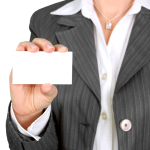 U.S. “Real ID” and What It Means for AVSECArchive
We use cookies on our website to give you the most relevant experience by remembering your preferences and repeat visits. By clicking “Accept”, you consent to the use of ALL the cookies. However you may visit Cookie Settings to customize your consent.
Cookie settingsACCEPT
Manage consent