Although some might claim that aviation security technologies and practices have not changed much in the last twenty years, we are seeing multiple new initiatives to drive innovation in the industry.  Stakeholders from different corners of the aviation security sector are leading these efforts, notably:

Here’s a mapping of the most exciting initiatives on our radar.

Lufthansa Innovation Hub:  Started in 2015, Lufthansa has an “Innovation Hub” based in Berlin that works on passenger data and has churned out two very notable products: “Skyroam” and “Mission Control.” Skyroam is a global mobile hotspot that provides travelers with access to cheaper rates than local carriers. Mission Control is a messaging system that informs travelers on flight, accommodation, and transport needs.

AAAE Airport Shark Tank: The American Association of Airport Executives’s (AAAE) Airport Innovation Accelerator last hosted a Shark Tank event on July 14, 2017 on the margins of the Third Annual Airport Innovation Forum in Seattle, Washington. The next one will be held on December 6, 2017 at the 17th Annual AAAE/TSA/DHS Aviation Security Summit in Arlington, Virginia.  These thematic Shark Tanks allow startups to compete for a spot in Airport Market Match, a service to link up airports with new and emerging companies/innovators.

Easyjet and Founders Factory Ltd Startup Accelerator Programme: Started in 2016 in the UK, this program looks for new startups in the Travel Tech space and provides participants with £30,000 in cash and £220,000 worth of services, as well as strategic support from Easyjet. The program consists of six months of support for growth, design, technology, AI, marketing, data science and fundraising from an in-house team of 60 people. It also gives participants access to an investor database of over 330 funds.

Airbus BizLab: Launched in March 2015 in Toulouse, France. The BizLab selects startups to participate in a six-month program at Airbus’s campus, where they are provided with test facilities, mentors and prototyping opportunities.

French Security Vision:  In 2014, the French Civil Aviation Authority (DGAC) launched the Security Vision Program (Vision Sûreté) in which it reimburses French airports for passenger screening trials with passenger security taxes.  The aim of the program is to incentivize airports to trial new and emerging technologies, while enhancing stakeholder engagement and industry dialogue.

US TSA Innovation Task Force: Launched in 2015 to re-envision AvSec through further developing passenger screening checkpoints and checked baggage screening areas. The Task Force created Innovation Sites, which are designated areas in which TSA deploys process, prototype technology, or staffing solutions. An example of a development emerging from the Task Force is Automatic Screening Lanes.

UK Department of Transport and Home Office FASS (Future Aviation Security Solutions): The FASS is part of a commitment made by the U.K. government in its National Security Strategy and Strategic Defense and Security Review (2015) to double spending on Aviation Security.  The government will invest £25.5 million over the next five years to promote innovation. The focus is on innovative solutions to prevent explosives, weapons and other threats from being brought onto aircraft.

Changi Airport Living Lab Program: Launched in 2017 in partnership with the Singapore Economic Development Board (EDB), Changi’s Living Lab provides a platform for the aviation community to create and test new solutions “to future-proof the airport.”

Aéroports de Paris DP Innovation Lab: Created as part of the “Connect 2020” strategic plan,  ADP has designated €16 million for the “Innovation Hub.” Its “open implementation” approach led to the creation of automated baggage drop-off and the mobile software solution PRIMA.

Schiphol Data Innovation Lab: Aiming to become a leading digital airport, Schipol Airport, Amsterdam launched the Data Innovation Lab in late 2015, facilitating the implementation of an innovative “Internet of Things” solution in 2016. This led to the creation of smart bins to streamline waste collection and baggage handling.

These programs are all positive signs that demonstrate a show of movement in the Aviation Security sector vis-à-vis innovation.  Forward! 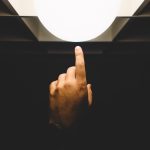 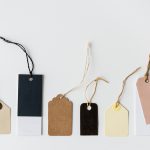 Innovation in Bag TrackingArchive
We use cookies on our website to give you the most relevant experience by remembering your preferences and repeat visits. By clicking “Accept”, you consent to the use of ALL the cookies. However you may visit Cookie Settings to customize your consent.
Cookie settingsACCEPT
Manage consent