As biometric technology expands, travelers may expect an additional camera awaiting them at select American airports.

The U.S. Customs and Border Protection Agency (CBP) is trialing new facial recognition technology at airport boarding gates to confirm the departure of travelers from the U.S. The new technology uses facial imaging to cross-check passengers’ identities against information stored in CBP’s database and in the traveler’s passport. The information is verified against databases for “derogatory information, including criminal, immigration violator, and known or suspected terrorist watch lists” prior to exiting the country. [1]

CBP first initiated biometric screening with fingerprints in 2004 for certain non-U.S. citizens as part of the Biometric Entry-Exit Program. The program was expanded and now includes facial recognition.  The recent pilots at departure gates are part of CBP’s efforts to implement the last phase of the Biometric Entry-Exit Program, focused on exit by 2018. [2] These programs work towards the goal of “protecting a traveler’s identity and enhancing national security” [3] and align with a U.S. Department of Homeland Security (DHS) Report “Fiscal Year 2016 Entry/Exit Overstay” estimating that the absence of a comprehensive biometric exit system enabled an estimated 629,000 visitors to overstay their visas in 2016. [4]

Current CBP pilots in airports include:

Through its Innovation Task Force (ITF), TSA is also looking at opportunities to enhance both security and checkpoint efficiency using contact or contactless fingerprint scanning to authenticate a passenger’s travel document and identification based on a biometric.  This would eliminate the need to staff each Travel Document Check (TDC) podium with an officer, thereby potentially saving TSA a significant amount of money each year.  TSA is slated to launch BAT pilots at Denver International Airport and Hartsfield–Jackson Atlanta International Airport by the close of the fiscal year. [11]

Biometric technology is also expanding to bag drop. Delta is currently testing a facial recognition technology at self-service baggage drop-off pods. The first biometric baggage system of its kind, the pilot program was installed at four pods in Minneapolis-St Paul in June 2017.[12]

As these biometric programs are still nascent, it would be of interest for both passengers and professionals in the aviation sector alike to monitor and chart the course of their development. 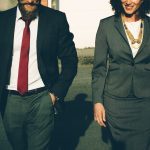 Away With Checklists: TSA Moves Towards Outcome-Focused ComplianceArchive

The GAO, TSA’s Behavior Detection Program & ConsiderationsArchive
We use cookies on our website to give you the most relevant experience by remembering your preferences and repeat visits. By clicking “Accept”, you consent to the use of ALL the cookies. However you may visit Cookie Settings to customize your consent.
Cookie settingsACCEPT
Manage consent