Many of us grew up hearing about the ancient Silk Road mercantile route from the Mediterranean Sea to China and beyond. Yet the People’s Republic of China has decided the world has not seen the last of this famous trade network. In 2014, China proposed the One Belt, One Road project (OBOR), an infrastructure expansion program that traces the old Silk Road by land and connects common maritime routes from Eastern China to Western Europe. The goal? A trade network between 68 countries that allows for the free transport of goods in a more globalized market.

As of 2017, China ranked as the European Union’s second most important trade partner, falling just behind the United States. OBOR aims to shorten the time it takes for goods from China to reach the west, and likewise with the goods China imports. Thus European investors and Chinese investors have both shown great interest in this ambitious project in hopes that it will facilitate easier transactions.

Land and maritime transport, however, are still slower than air transport. China’s OBOR plan embraces the implications for cargo transportation via aviation networks as well. Already, plans are underway to build new airports and expand others across central Asia, the Middle East, and even in Europe, both for cargo and passengers. Along with airport expansion, Boeing predicted in 2017 that OBOR would need 6300 new aircraft in the next 20 years to keep up with growing transportation demand.

What are the implications then for the aviation industry, and for innovation in particular? There are two main sectors affected by OBOR: cargo and passenger transportation. As mentioned, China represents one of the most important trade partners for European countries, such as the UK. With fuel costs on the rise, innovative technologies that can cut costs along the air cargo transportation network will be especially useful. Technologies such as blockchain track and trace for refrigerated containers, which can limit food waste due to long transport times, are just one possible example of such innovative fields which could save producers and consumers dollars in the long-run. With IATA Resolution 753, electronic bag tagging systems using Artificial Intelligence could be especially useful when ensuring cargo arrives at the correct destination given the network expansions to come.

The second major sector affected by OBOR is passenger transport. Generally speaking, the OBOR project is expected to “vault 3 billion more people into the middle class by 2050.” This implies more people will be able to afford air travel by 2050, and an expansion of current aviation networks under OBOR could make this even easier. In 2015, China opened 170 new international flights which represents a 35% increase from the previous year. Due to the increase in traveler demand, Avia Solutions Group (a European company) partnered with China to invest in six new simulators in order to train 1000 pilots by 2022. The focus in passenger innovation when applied to OBOR should be how to process more travelers than ever before in the next few decades while keeping a tight rein on border security. Master databases with traveler information, such as the one ETIAS aims to facilitate by 2022, will become increasingly important as security concerns rise. The “Smart Borders” package, another EU Commission initiative, will also need to be adapted to growing ties with China. Innovators will have to grapple with how to promote passenger exchange while guarding borders in an efficient manner. For policy makers, defining common practices and establishing similar industry standards will be key as we draw near to an aviation industry under One Sky.

What general challenges will innovators face when addressing the new security concerns raised by OBOR? Primarily, capacity constraints. With the growing number of passengers coming into and leaving Europe, security lanes will quickly be maxed out without innovative changes. While expanding the number of security lanes requires immediate large capital investment, there are technological solutions available in the market today that could postpone these additions, while enhancing passenger experience. Better operational planning tools, passenger movement and analytics platforms, new machine-learning based automated screening functions, enhanced risk-based approaches, and higher-grade passenger and cabin baggage screening systems will help! 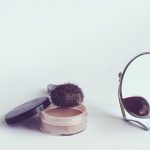 Why the TSA Will be Inspecting Your MakeupArchive 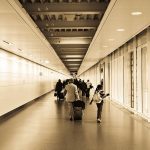 TSA’s CT Expansion PlansArchive
We use cookies on our website to give you the most relevant experience by remembering your preferences and repeat visits. By clicking “Accept”, you consent to the use of ALL the cookies. However you may visit Cookie Settings to customize your consent.
Cookie settingsACCEPT
Manage consent