At the beginning of October, following three years of short-term extensions (the last full FAA reauthorization expired on September 30, 2015), the FAA was finally granted long-term funding. The $90 billion FAA Reauthorization Act of 2018 is likely to have a significant and lasting impact on the industry. The bill includes the TSA Modernization Act, reauthorizing the Transportation Security Administration (TSA) for the first time since its creation in 2001. The act also codifies programs that have successfully encouraged innovation in aviation security and instructs the TSA to remain proactive by exploring new strategies. Below are four highlights from the bill, and recommendations for how TSA can capitalize on the potential for progress made possible by three years of stable funding.

Congress and TSA have focused on leveraging innovation to address security failures and improve efficiency. TSA’s ITF process has proven effective in providing deployment-ready companies with a venue to show off their capabilities. However, to ensure the long-term relevance and impact of the program, TSA must improve the acquisition pipeline, from successful demonstration to operationalization

2 – Airport security is bearing its teeth

The Act requires TSA to develop standards for domestic canine capacity building and opens the door for third-party canine detection teams to operate in the public areas of airports, and to potentially screen passengers at screening checkpoints. Third-Party Canine Screening for Cargo (3PK9-C) has also been codified. Expanding the deployment of explosive detection canine teams within the airport environment will immediately enhance security by providing a force-multiplier, and a risk-based layer of security. To foster the deployment of these teams, TSA should engage with the full range of industry stakeholders (e.g. airports, airlines, and canine detection companies) early in the policy development process to ensure requirements are operationally feasible.

3 – Want to know how long you will be waiting in security lines? TSA will tell you.

Within the next 18 months, TSA is required to publish real-time security checkpoint wait times for passengers, both online and in terminals. This requirement builds on the TSA Administrator’s strategy announced this summer for industry stakeholders to deploy pedestrian analytics technology and then share the information with TSA to foster collaboration and increase efficiency. TSA should continue to work with industry to identify data requirements and to ensure that the collection of this information is consistent across security checkpoints.

$15 million per fiscal year between 2019 and 2021 has been earmarked to pay for the installation of automated exit lanes at small hub and non-hub airports. Exits lanes have been a sore spot between TSA and airports in recent years. Allocating resources to man exit lanes drains resources, and there are already technologies available that securely meet this need. Prior to running pilots and/or developing new approaches, TSA should review exit lanes that have already been deployed. Airport exit lanes differ at every airport, both in form and functionality. Requirements and standards will need to account for this. In addition, any pilots deployed should involve a range of technologies and approaches to provide airports more choice. The goal of the process should be an updated exit-lane toolbox and qualified products list.

What about the rest of the act?

Many of the provisions outlined in the new law reflect the concerns of legislators who have been energized by recent news items involving insider threat, stolen airplanes, airport perimeter breaches, and potential air cargo security weaknesses. As a first step, the TSA administrator has been directed to conduct risk assessments and review airport perimeter and access control strategies over the coming months. This includes a study focused on identifying methods for strengthening airport worker access controls. Some measures, such as new credentialing standards, increased training for insider threat awareness, and a national database for tracking badges, are set to be implemented by the middle of next year.  The bill also establishes the Air Cargo Security Division, responsible for addressing potential security weaknesses in airline freight operations. The division will begin conducting reviews of air cargo regulations and practices including the Known Shipper Program within the next six months.

Finally, the FAA Reauthorization sets the stage for the expanded use of higher-tech screening technologies like computed tomography (CT) that have the potential to make security screening faster and more effective. Some passengers will not have to wait for the arrival of new technologies to speed up their security screening process. The bill directs the TSA to expand and simplify enrolment in the PreCheck program on its way to a target of 15 million passengers before October 2021. PreCheck members should also expect to be able to pass through trusted traveller screening lanes using only their face in the not-to-distant future as TSA implements its plan to expand the use of facial recognition as part of the Biometrics Roadmap. 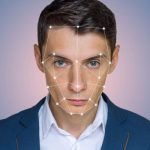 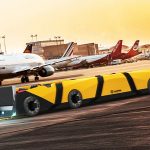 From Road to Runway: AVs to drive change at airportsArchive
We use cookies on our website to give you the most relevant experience by remembering your preferences and repeat visits. By clicking “Accept”, you consent to the use of ALL the cookies. However you may visit Cookie Settings to customize your consent.
Cookie settingsACCEPT
Manage consent