In the aviation security industry, the potential threats of powdered substances have been a concern for policy makers for some time now. Back in September 2009, the Transportation Security Administration (TSA) released a statement regarding extra screenings of powders in cabin baggage: “We haven’t received any specific threats that led us to this new procedure but certain types of powders can be used in improvised explosive devices (IED) so it just makes sense.”

In November 2017, Canada was the first country to adopt regulations limiting the amount of powder allowed in passenger carry-on bags. This decision came after Australian Federal Police intercepted and foiled a planned chemical IED attack at Sydney International Airport on July 15, 2017. When questioned by CNN, TSA responded, “The Australia plot contributed to the current focus on powders… the plot wasn’t the only reason for the scrutiny… improvised explosive devises containing powder explosives have always been a concern.” Nearly one year after the incident, the TSA has adopted a new approach which limits passenger carry-on powders to 350mL (12 ounces). Any powders in containers larger than 350mL may be subject to additional screening or confiscation.

Naturally, one of LAM LHA’s first thoughts when the TSA’s announcement came out was how these new restrictions would impact airport security operations and cabin baggage screening processes. The new protocol for screening powders is to separate them much like travelers already do for liquids, aerosols, and gels (LAGS). For containers greater than 350mL, Mobile Test Kits will be employed as a second measure of screening. The repercussions for the aviation industry? Longer wait times at security while people adjust to the new system and greater pressure on airports to upgrade security measures.

Australia has already announced its conformity with the TSA’s new system and talks of implementing restrictions in the EU are well underway. While there remains some confusion as to what exactly qualifies as a powder and why the new regulations are not nearly as strict as LAGS regulations, the TSA is working hard to ensure passengers know what to expect at security. For now, it is safe to say you are free to continue bringing your expensive powder foundation on board, if you are prepared to be double-screened. 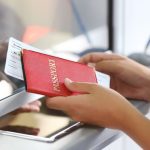 A New Travel Authorization for 39 Million Travelers to the EUArchive 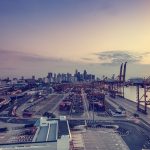 One Belt, One Road… One Sky?Archive
We use cookies on our website to give you the most relevant experience by remembering your preferences and repeat visits. By clicking “Accept”, you consent to the use of ALL the cookies. However you may visit Cookie Settings to customize your consent.
Cookie settingsACCEPT
Manage consent