In his Memoirs, Jean Monnet, the architect of the European Union, remarked that “people only accept change when faced with necessity, and only recognize necessity when a crisis is upon them.” Throughout its history, the EU has faced and wavered crises that each time have brought change and transformation once deemed impossible. With the COVID-19 pandemic entering its second year through glimmers of hope thanks to the promise of vaccination, rarely has the necessity of change been so pressing in Europe. Change to affirm existing principles too often taken for granted, and transformational change to leapfrog into a new era of political, economic and societal union.

2021 is shaping up to be a pivotal year for the EU, its Member States and its citizens. The accelerating effect of the combined public health, economic, social and security crises may provide the necessary political impetus for long-sought policy action. The ambitious program put forward by the European Commission for the upcoming year should guide the thinking and the political investment needed for recovery, prosperity and stability. In particular, items related to the new strategy for the Schengen area, a new approach to internal security and counterterrorism, and Europe’s digital decade, will require particular attention in that they will durably affect the lives of Europeans as well as Europe’s relations with the rest of the world.

The pandemic has had the paradoxical effect of testing the very limits of free movement in Europe while exposing its fabulous benefits for individuals and businesses. From the chaotic isolationist reflex of the spring, to the kaleidoscope of requirements and restrictions of the fall, the prospect of a Europe no longer united through free movement has become unbearable. It has also confirmed the need for stronger coordination to secure Europe’s external border, including for public health purposes. The announced new strategy for Schengen should address this dual challenge of preserving free movement within the area without internal controls, and providing safeguards for Member States in the fight against terrorism, organized crime and illegal migration. The parallel track engaged towards agreeing on a new pact for migration and asylum should also address this duality.

Interlinked with the issue of free movement in the EU is that of internal security. The terror attacks of 2020 were tragic reminders of the persisting threats facing European societies, and of their complexity. In line with the Security Strategy presented during the summer, the new Counterterrorism Agenda for Europe builds on the principles of increased collaboration, innovation and interoperability of systems to address these threats. The arsenal of initiatives presented will be a test to the capacity of the EU to strengthen its security capabilities while alleviating Member States’ concerns with potentially losing control over their national security. To that effect, the newly created role of Commission Counterterrorism Coordinator, strengthening Europe’s risk-based approach to traditional or hybrid threats, and revising how travelers share information with authorities will be essential.

The accelerating effect of the COVID-19 crises is also palpable in what has been coined as Europe’s upcoming digital decade. With digital, contactless and seamless tools being pushed at the forefront of a safe reopening of borders and societies, discussions over the use of technologies such as biometrics or artificial intelligence have leaped forward. Proposals expected next year, including the one on a new European digital identity, may very well become the foundation for future interactions between governments and citizens. In the search to prevent and protect from the next pandemic, innovation will be key and will require tough arbitrage. The framework is there for Europeans to realize this technological ambition while taking account the fundamental principles of privacy, the ever-growing challenge of cybersecurity, and the latent societal transformations that digitalization will inevitably entail.

The tragedies of 2020 – and their response to them – have shown how resilient the European Union can be. At the same time, they have confirmed the need for systemic change long sought after. Through its work program, the European Commission is providing the political space for renewed thinking and policymaking on security and technology in 2021. This is an opportunity Member States, the European Parliament and citizens should not shy away from. Transformation through engagement will be key to find balance and compromise in today’s necessity.

Jean Monnet’s Memoirs are indeed not only a reminder that people only accept change through crises, but that they also only do so out of necessity. And the necessity of the European project has rarely been so flagrant. 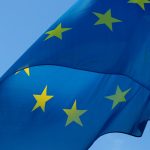 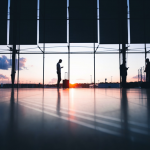 TSA’s Plans for FY 2021Focus, News
We use cookies on our website to give you the most relevant experience by remembering your preferences and repeat visits. By clicking “Accept”, you consent to the use of ALL the cookies. However you may visit Cookie Settings to customize your consent.
Cookie settingsACCEPT
Manage consent

Any cookies that may not be particularly necessary for the website to function and is used specifically to collect user personal data via analytics, ads, other embedded contents are termed as non-necessary cookies. It is mandatory to procure user consent prior to running these cookies on your website.

Analytical cookies are used to understand how visitors interact with the website. These cookies help provide information on metrics the number of visitors, bounce rate, traffic source, etc.

Performance cookies are used to understand and analyze the key performance indexes of the website which helps in delivering a better user experience for the visitors.

Advertisement cookies are used to provide visitors with relevant ads and marketing campaigns. These cookies track visitors across websites and collect information to provide customized ads.