Over the last couple of years, activists and protesters have repeatedly disrupted airport operations and compromised airport safety and security. In France, the most memorable recent example dates to February 2021, when Greenpeace activists managed to breach the security fences of Charles de Gaulle Airport and vandalized a Boeing 777, before finally being stopped by airport police.[1] In a similar incident in London, a protester managed to glue himself to the top of a British Airways plane as part of a demonstration against climate change.[2] With a global rise in social consciousness, particularly with regards to climate change and other environmental matters, activism has also become an increasingly salient emerging risk for airports. Some environmental movements such as “flygskam” (flight shame) or Extinction Rebellion even see airports as their primary targets. These events have necessitated greater focus on perimeter security measures among global airports.

When it comes to the specific ways of disrupting airport operations, strategies usually consist of blocking or occupying roads towards airports, as happened in the case of Germany´s three biggest airports – Berlin, Frankfurt, and Munich – in February 2022.[3] Another way would be to block the access to the terminals from the outside or, alternatively, to occupy the inside terminal area, resulting in the inhibition of passenger and staff movements. As witnessed in the specific examples cited above, the most drastic and dangerous modus operandi is undoubtedly the direct accessing of restricted areas, usually either by jumping over or cutting through fences or other barriers. An alternative strategy for the latter might also be the use of drones, whose incursion into restricted airspace represents an additional safety and security risk.

The impacts of such activism-induced disruptions can be substantial. As flights may be delayed or cancelled and airports might be required to temporarily halt their operations, of tremendous cost to operators.  In case of direct interference with aircraft or other equipment, physical dangers to staff, passengers, and the protesters themselves might also be present.

Given the global rise in activism, an Advisory Bulletin by Airports Council International (ACI) considers planning and preparedness as the two key factors allowing airports to better weather potential crises. This includes the collaboration with local law enforcement authorities, with whom a clear, ex-ante assignment of roles and responsibilities should be prioritized. In addition, airports are also encouraged to maintain steady contact with national intelligence services to identify potential disruptions ex-ante and act accordingly.

In instances where disruptions cannot be avoided beforehand, ACI recommends that airports prioritize the control of accessways to the airport, either through public transport or vehicular roadways, while making sure that staff, travelers and, in the case of an emergency, first responders are still able to reach the airport. As a further measure, the access to the terminal might be restricted so that, aside from staff, only passengers holding valid boarding passes may enter airport grounds. What is clear, however, is that there is no “one-size-fits-all” solution to the issue of activism and airport security; instead, as every airport´s facilities are unique, individual crisis planning and case-by-case impact assessment remain essential.

Need help with a tailored perimeter security approach for your airport location? Get in touch. 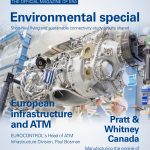 Fewer Walls Lead to Greater Collaboration; our Managing Partner talks to Regional International.News
We use cookies on our website to give you the most relevant experience by remembering your preferences and repeat visits. By clicking “Accept”, you consent to the use of ALL the cookies. However you may visit Cookie Settings to customize your consent.
Cookie settingsACCEPT
Manage consent