The last decade has seen a steady increase in the number of drones in the air, a trend unlikely to reverse in the years to come. According to Federal Aviation Administration (FAA) estimates, there will be up to 2.3 million drones registered to fly in the US by 2024. While the use of drones undoubtedly has many positive aspects, their increasing penetration of a country´s airspace can also interfere with and potentially damage more conventional aerial vehicles such as planes or helicopters. This can be particularly troublesome in the proximity of airports with take-offs and landings being the most sensitive parts of a flight.  Apart from the obvious safety and security concerns, drones flying near or over airports can also severely disrupt airport operations. In this context, the most memorable episode dates to December 2018, when London´s Gatwick Airport had to suspend operations for 36 hours due to drone incursions, thereby disrupting around 1000 flights and resulting in £50 million of losses for the industry. However, this was by far not the only incident. In March 2020, for instance, flights were briefly grounded at Frankfurt Airport after a drone sighting. Examples from the US are also abundant, with a memorable incident including the grounding of flights at New Jersey´s Newark Airport in January 2019 following drone incursions.

Typically, such drone threats originate from three different kinds of drone operators: the clueless, the careless and the one intending harm. In other words, there are 1) those unknowingly entering restricted airspace who have no intention of disrupting air traffic, 2) those who are aware of the applicable constraints and regulations yet still choose to enter restricted airspace for personal and/or professional reasons, such as publicity/activism, and 3) those who intentionally interfere with the safety and security of civil aviation, such as terrorists. In terms of the specific threats drones pose to airplanes and/or airports, those intentionally or unintentionally hitting flying aircrafts are, similarly to bird strikes, seen as a rather negligible risk. Rather, the biggest risks stem from drones carrying explosives into the perimeters of an airport, as happened in warzones such as Yemen. Similarly, attacks on airport infrastructure and/or personnel are also seen as major threats.

As a reaction to these challenges and risks, the market for counter-drone technologies has been growing fast over the last couple of years. A first segment of this market consists of technologies aimed at detecting drones over and/or near airports. These can be classified into roughly five categories: radio frequency detection, radar detection, visual detection, acoustic detection, and hybrid methods combining two or more of the preceding technologies.

Recently, the counter-drone market has also seen rapid growth of a second segment, which consists of technologies aimed at mitigating the security hazards posed by drones. Combined with regulatory tools, four broad categories can be distinguished:

Yet, despite these technological and regulatory possibilities, airports all over the world continue to struggle with drone incursions. Apart from financial reasons, the main obstacle to their widespread adoption and use of such technologies is the current regulatory environment. In the EU, even though Regulation (EC) No 300/2008 gives the Commission the power to implements basic standards safeguarding civil aviation and Regulation (EU) 2018/1139 explicitly brings drones into the regulatory scope of the EU, no specific Union-wide rules to address the airport-related threat of drones are in place. This is compounded by a highly uncertain division of responsibilities, as national security is formally within the jurisdiction of individual member states.

In the US, where the uncertain legal environment is similar, an interagency panel addressed the issue in 2020 and provided an overview of potentially applicable federal laws and regulations. According to their report, any mitigation measures jamming or interfering with drone communications might violate Federal Communication Commission (FCC) rules, while any physical damage done to drones might run afoul of FAA rules.

With the current legal environment surrounding the neutralization of drones thus being similar in Canada, the UK and EU member states, the right to make proper use of mitigation technologies is so far mostly limited to government authorities and the military. If so, airports have therefore only adopted them in the form of pilot projects in close collaboration with authorities. Yet, if we are really serious about the drone threat at airports, both national and supranational regulators will have to lay down clear and harmonized rules on how airports are recommended and allowed to act in the case of drone sightings.

So what should airports and operators consider now when it comes to drones?

LAM LHA can help you navigate the regulatory landscape for counter-drone technologies on both sides of the Atlantic to stay out front.  Get in touch for more information! 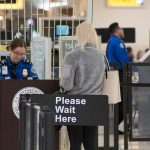 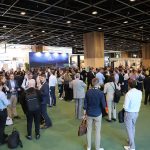 A Paris Homecoming & Key TakeawaysFocus, Industry Talk
We use cookies on our website to give you the most relevant experience by remembering your preferences and repeat visits. By clicking “Accept”, you consent to the use of ALL the cookies. However you may visit Cookie Settings to customize your consent.
Cookie settingsACCEPT
Manage consent